Bhutan, The Land of Happiness 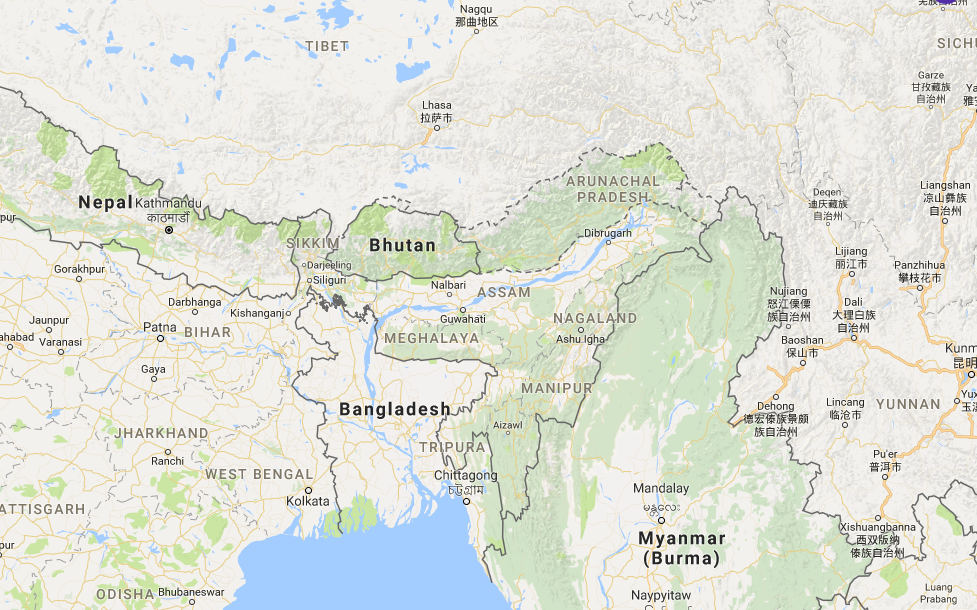 Land locked with China in the North and India in the East, West & South, Bhutan is located in the inner and foothills of the majestic Himalayan mountain range. Bhutan has a decent population of just over 7,00,000 and known to the world as one of the Happiest country in the world. Covered with 72% of natural forest cover making it one of the 1st country to be carbon neutral.

Bhutan is located on the southern slopes of the eastern Himalayas, landlocked between the Tibet Autonomous Region to the north and the Indian states of Sikkim, West Bengal, Assam, and Arunachal Pradesh to the west and south. It lies between latitudes 26°N and 29°N, and longitudes 88°E and 93°E. The land consists mostly of steep and high mountains crisscrossed by a network of swift rivers, which form deep valleys before draining into the Indian plains. Elevation rises from 200 m (660 ft) in the southern foothills to more than 7,000 m (23,000 ft). This great geographical diversity combined with equally diverse climate conditions contributes to Bhutan's outstanding range of biodiversity and ecosystems.

Bhutan is a constitutional monarchy with a parliamentary form of government. The reigning monarch is Jigme Khesar Namgyel Wangchuck. The current Prime Minister of Bhutan is Tshering Tobgay, the leader of the People's Democratic Party. The Druk Gyalpo (Dragon King) is the head of state. The political system grants universal suffrage. It consists of the National Council, an upper house with 25 elected members; and the National Assembly with 47 elected lawmakers from political parties.

Bhutan's largest export is hydroelectricity. As of 2015, it generates 5,000 MW of hydropower from Himalayan river valleys. The country has a potential to generate 30,000 MW of hydropower. Power is supplied to various states in India. Future projects are being planned with Bangladesh. Hydropower has been the primary focus for the country's five-year plans. As of 2015, the Tala Hydroelectric Power Station is its largest power plant, with an installed capacity of 1,020 MW. It has received assistance from India, Austria and the Asian Development Bank in developing hydroelectric projects.

In 2014, Bhutan received 133,480 international visitors. Seeking to become a high value destination, it imposes a daily fee of US$250 on tourists that covers touring and hotel accommodation. The industry employs 21,000 people and accounts for 1.8% of GDP. The country currently has no UNESCO World Heritage Sites, but it has eight declared tentative sites for UNESCO inclusion since 2012. These sites include Ancient Ruin of Drukgyel Dzong, Bumdeling Wildlife Sanctuary, Dzongs: the centre of temporal and religious authorities (Punakha Dzong, Wangdue Phodrang Dzong, Paro Dzong, Trongsa Dzong and Dagana Dzong), Jigme Dorji National Park (JDNP), Royal Manas National Park (RMNP), Sacred Sites associated with Phajo Drugom Zhigpo and his descendants, Sakteng Wildlife Sanctuary (SWS), and Tamzhing Monastery. Bhutan also has numerous tourist sites that are not included in its UNESCO tentative list. Bhutan has one element, the Mask dance of the drums from Drametse, registered in the UNESCO Intangible Cultural Heritage List.
Bhutan is also well known for mountain adventure trekking and hiking. Jhomolhari Base Camp Trek, Snowman Trek, Masagang trek are some of the popular treks in Bhutan.