Flora & Fauna at a Glance 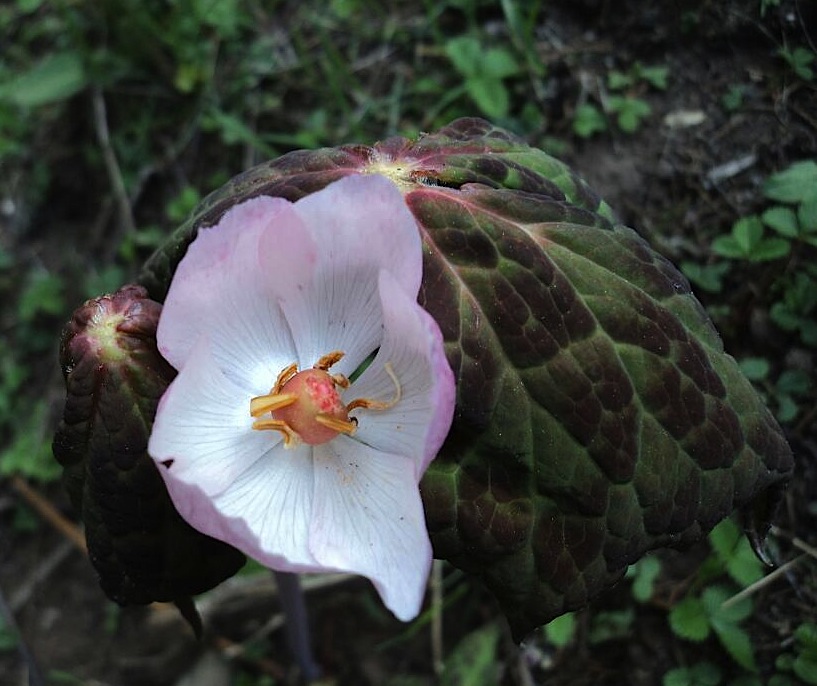 Bhutan has 5,400 species of plants and numerous species of animals all over Bhutan. Bhutan has a rich primate life, with rare species such as the golden langur. A variant Assamese macaque has also been recorded, which is regarded by some authorities as a new species, Macaca munzala. Due to Bhutan's location in the inner and foothills of Himalayas and it's strong conservation and preservation of it's natural forest cover, it has become a natural habitat for most of the Animal, plant, flora species.

Blue Poppy is the national flower of Bhutan and with it numerous species flora can be seen in Bhutan. From the garden flowers to wild flowers that bloom in hot and humid states of south to orchids that are found in central Bhutan. Sub tropical flowers that are considered rare can be found in the hills and mountains of Bhutan. Bhutan boasts of about 300 species of medicinal plants and about 46 species of rhododendrons. Some common sights for the visitors are the magnolias, junipers, orchids of varied hues, gentian, medicinal plants, Daphne, giant rhubarb, the blue and trees such as fir, pine and oaks.

A wide range of rare and endangered animals can also be found frequenting the dense jungles and high mountains of Bhutan. Due to the countries conservation efforts and its unspoiled natural environment Bhutan supports thriving populations of some of the rarest animals on earth and has thus been classified as one of the last biodiversity hotspots in the world.
Some high altitude species are the snow leopards, Bengal tigers that are found at altitude ranging 3000 to 4000 meters, the red panda, the gorals and the langurs, the Himalayan black bear, sambars, wild pigs, barking deer, blue sheep and musk deer.
In the tropical forests of Southern Bhutan one can come across clouded leopards, the one horned rhinoceros, elephants, water buffaloes and swamp deer. You can even find the Golden Langur, a species of monkey that is unique to Bhutan

Bhutan due to it's altitudinal difference has forest cover of following types
1. Alpine Zone (4000m and above) with no forest cover
2. Temperate Zone (2000 to 4000m) with conifer or broadleaf forests
3. Subtropical Zone (150m to 2000m) with Tropical or Subtropical vegetation

Forest types in Bhutan are fir forests, mixed conifer forest, blue pine forest, chirpine forest, broadleaf mixed with conifer, upland hardwood forest, lowland hardwood forest, and tropical lowland forests. Almost 60% of the plant species found in the eastern Himalayan region are present in Bhutan.
As one of the ten global hotspots, Bhutan is committed to preserve and protect its rich environment through its government and environmental organizations. This commitment is apparent in the fact that the kingdom has the distinct honor of being one of the only nations whose forest cover has actually grown over the years.
Some of the proactive organizations working in Bhutan are:
• National Environmental Commission
• Royal society for protection of nature clubs throughout the country
• Department of Forestry Services
• Nature Conservation Department
• Bhutan Trust Fund
• Donor Organization
• Association of Bhutan Tour Operators
• WWF

Bhutan also has a great variety of bird species. It is recognized as an area of high biological diversity and is known as the East Himalayan ‘hot spot’, the hub of 221 global endemic bird areas. The recorded number of bird species is over 670 and is expected to rise as new birds are discovered.
In addition, 57% of Bhutan’s globally threatened birds and 90% of the country’s rare birds are dependent on forests. Bhutan has about 415 resident bird species. These birds are altitudinal refugees, moving up and down the mountains depending upon the seasons and weather conditions. Of about 50 species of birds that migrate during the winters are the buntings, waders, ducks, thrushes and the birds of prey. Some 40 species are partial migrants and they include species such as swifts, cuckoos, bee-eaters, fly catchers and warblers.
Bhutan is also home to about 16 bird species that are endangered worldwide. These include the White bellied heron, Pallas Fish eagle and Blyth’s King fisher to name a few. Phobjikha valley in Wangdue Phodrang and Bomdeling in Trashi Yangtse are also two especially important locations of the endangered Black Necked Cranes.