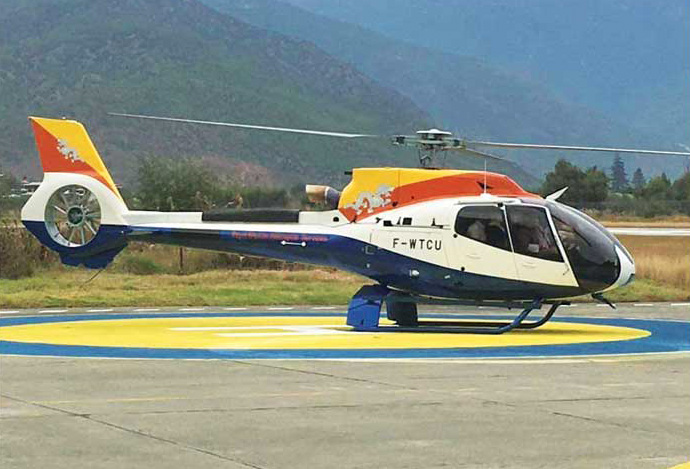 Bhutanâ€™s first rotary air support during emergency for public was officially launched in November. Apart from emergencies the helicopter will also be used to ferry government officials to oversee and monitor developmental activity. The helicopter can be hired for private uses like transporting passengers, scenic flights for tourists, and transportation of cargo. Inaugurated as a part of 60th birth anniversary celebration of our fourth King Jigme Singye Wangchuck, the helicopter will respond to medical evacuation in airlifting critically ill person from remote areas and also respond to distress calls like fires, floods and earthquakes. The helicopter can seat up to seven passengers and one pilot.